From a movie buff to a former television reporter, our board members are unique men and women. but all have one thing in common, their love of 4-h.

How did you get involved with extension?
My mom was and is a 4-H leader so I attended my first 4-H meeting before I was born. I am a life long 4-H member.

How has extension impacted your life?
In many ways including providing me skills I have used all my life such as speaker, teaching, organization skills.

Why did you want to serve on the board, or why did you say yes?
I was part of the team when the foundation was created.

One thing about you that no one probably knows, something fun?
I am a movie buff. I like all kinds of movies. To show you how much of a movie buff, there have been 537 movies nominated for an Oscar for Best Picture since the first competition in 1927. I have seen all but one of the movies, and that movie is lost. So I have seen all the nominated movies that you can. Two of those movies only exist at the UCLA Film Library in Los Angles and I traveled there to see them.

How did you get involved with extension?
My three boys have been in 4-H since 2007 when my oldest entered projects in the Sarpy County Fair.

How has extension impacted your life?
I have watched "Backyard Farmer" since I was a kid. It is still required TV watching in my house! I have used them for years for gardening ideas and knowledge. I have taken classes including making your own rain barrel and a class about learning how to bake bread. We are involved in 4-H as our own club and members of the 4-H Shooting Sports Club. My boys have competed at the Nebraska State Fair in Plant ID contests since 2008. 4-H in particular, is a huge part of my life. My boys have learned so much when working on various fair projects and they have developed social skills and confidence because of interview judging. They joke that I can turn any event into a 4-H project! Serving on the Extension Board has been such an eye-opener for all that Extension does across the state and I have had fabulous opportunities to learn and grow as a person. I am proud to currently serve as the Board President and try to spread the word about Extension and continue to create relationships to watch us shine.

One thing about you that no one probably knows, something fun?
I have been a volunteer wildlife rehabber since 1995. I was actually rescuing toads from the neighborhood bully before I was even in Kindergarten. I would hide the toads in our milk box on the porch!

How did you get involved with extension?
Wanted my son (wife as volunteer) to participate in the Merrick County Fair when we lived in Central City and Clarks.

How has extension impacted your life?
Almost every person that my wife and I associated with in growing our family was connected to Extension.

Why did you want to serve on the board, or why did you say yes?
A give-back type of thing in spreading the significance of husbandry in the daily lives of our urban community as Nebraska citizens....and who says "no" to Vernon.

One thing about you that no one probably knows, something fun?
Flanker on the football team of my New York City University. 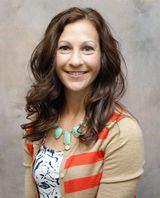 How did you get involved with extension?
My parents were involved in 4-H and leaders and my older siblings were also involved. I was in 4-H for 10 years.

How has extension impacted your life?
I've learned everything from child care basics to cooking and sewing along with the responsibility of taking care of animals and the environment.

Why did you want to serve on the board, or why did you say yes?
The opportunity was presented to me by a former 4-H leader who was coming off the Board and after several years of not being involved in 4-H I knew it was time to give back to the organization.

One thing about you that no one probably knows, something fun?
My first television interview was with my cat, Tigger, when I was about 8-years-old. We were interviewed to promote the upcoming Douglas County Fair on the Channel 6 morning show. I still have the VHS interview recording.